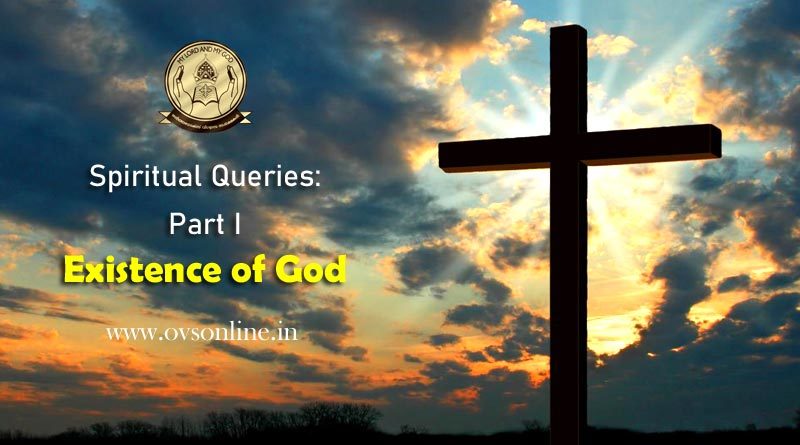 1) Does God Exist?
Yes; but doesn’t mean that there are certain physical/concrete evidences to prove the existences of God. None of the religions even Churches gives you any concrete proof. At the same time Science with all its machinery of observation and experimentation cannot disprove the existence of God.

2) Why none of the religions or even Church proves the existence of God?
Man’s intellectual ability cannot cope with the effort to discover God’s existence as Humans are the created ones not the Creator. Our Sense of perception is not perfect.

3) Then what is the content of Religion and Churches?
Religion never seeks proofs for the existence of God. It would rather teach different ways and approaches to know /understand God and guide us to experience God. As Galileo Galilee expresses; “The Bible shows the way to go to heaven, not the way the heavens go”. As per the understanding of St. Gregory of Nyssa: “the ultimate aim of religion is to attain Knowledge (Gnosis) of Being.”

4) Through different approaches and ways how far we can understand God?
The Churches and religions teach the approaches, but still can’t reveal HIM fully; for God is not an Object of study. Scientific inquiry into HIS existence would yield no result unless ‘HE WILLS’ to manifest ‘HIMSELF’. We can never completely explain His presence. Our senses, languages and the scientific approaches have many limitations to Know God, the creator. All the created beings and things have lot many impossibilities and limitations. If we proved the existence of God, then the proven God is real?
Here I quote the words of St. Gregory of Nyssa (Bishop of Nyssa; ancient Greek [335-395] One among Cappadocia fathers); “Anyone who tries to describe the Ineffable Light (God) in language is a liar, not because he hates the truth but because of his inadequacy of his description …”
As in Advaitha Vedanta by Adi Shankara; God (Ishvara) can be expressed only as Neti, Neti which means neither this nor that; ‘negation’ which we can seen in orthodox view of apophatic theology. The real ousia (essence) of God is unknown but we can understand God through Energia (action/activity)
Science works on the basis of certain principles or laws. Similarly Theology or understanding God also has its own principles.

5) What are the approaches you said about to know God?