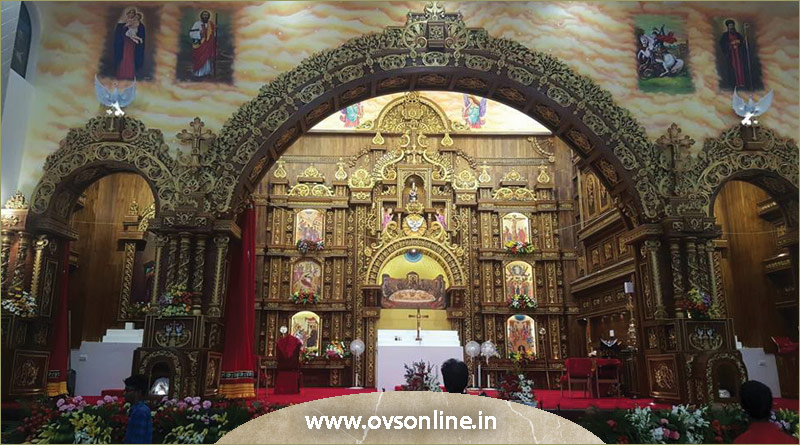 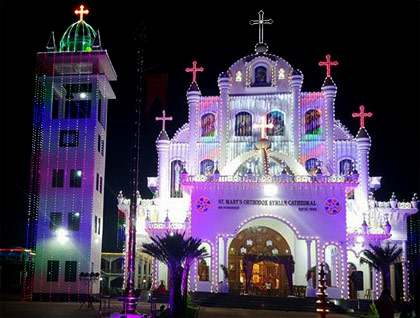 On August 4, 2013, the Brahmavar Diocesan Bishop, H.G. Yakob Mar Elias, laid the foundation for the renovation. The work has now been completed. The renovated church has a blend of Portuguese, Kerala, and modern architecture. Thus, both elegance and purposefulness are well maintained. The beautiful front elevation, with a rising in the middle, is a reminder of the Portuguese architectural influence over the Konkani Christians of Mangaluru. The huge blue dome above the altar is the influence of Orthodox Church architecture, found mainly in Byzantine Churches. 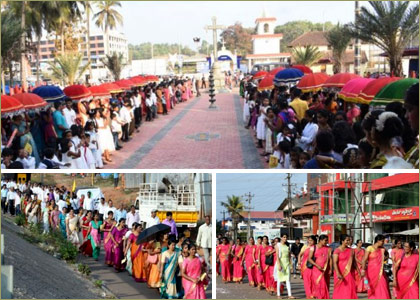 On 11th January, the main festivities begin by “Hore Kannike” procession from Akashvani Circle to Cathedral at 03.00 pm, which was flagged off by H.G. Yakob Mar Elias (Metropolitan, Brahmavar Diocese). The devotees dressed traditionally to symbolize the original tradition of the community, gathered church by church with their wide variety of gifts. The procession was accompanied by various tableaux, Chande, Music, Brass Band, Huli Vesha and various folk troupes. 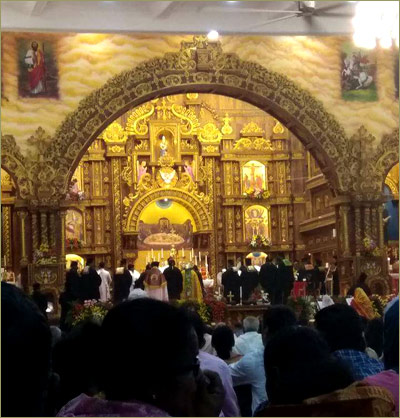 On 12th January, the second part of the Consecration prayers conducted which begin by 06.30 am, followed by Holy Mass at 08.30 am.

After the Holy Mass, a Public Meet was held presided by H.G. Yakob Mar Elias (Diocesan Metropolitan, Brahmavar ). The Inaugural address was delivered by the  Catholicos His Holiness Baselios Marthoma Paulose II. 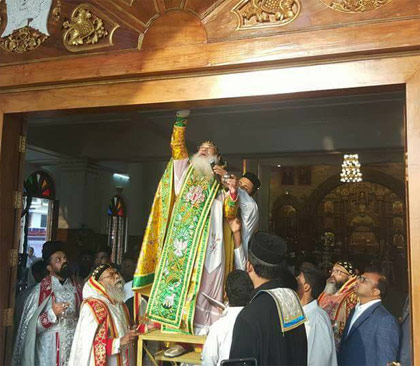 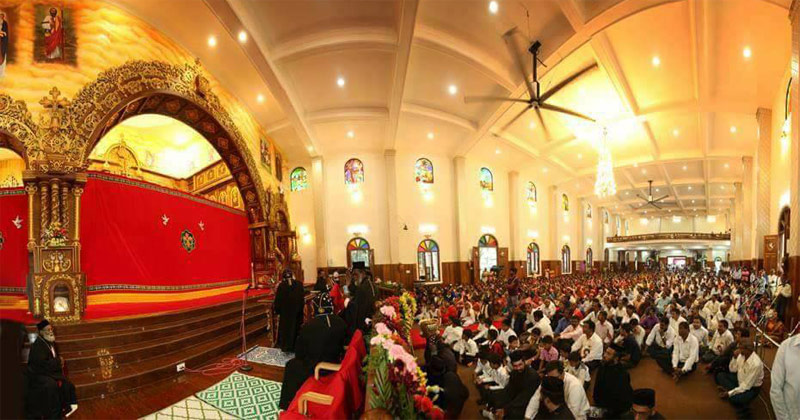 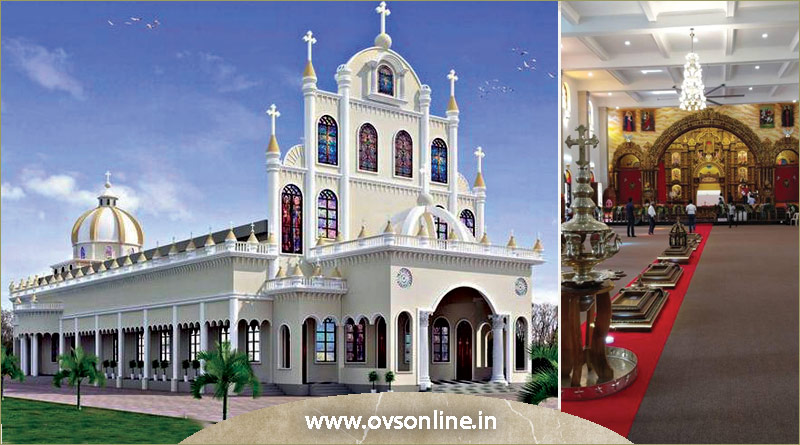 St Mary’s Orthodox Syrian Cathedral, Brahmavar, is the only Konkani Orthodox Church in the entire world with 125 years of Glorious Past as a part of the 2000-year-old Indian Church, namely the Indian (Malankara) Orthodox Church, which was found by St Thomas the Apostle in 52 AD in India.

The Triune blessed presence & the intercession of St Mary, Blessed Alvares Mar Julius and Blessed Fr R.Z. Noronha has established the Cathedral as the epitome of Piety and the Centre of Devotion. Thus, it has been attracting thousands of devotees every year, from all castes, creed and religion.

As much it’s a centre of religious fervour, it is also a symbol of cosmopolitanism. Its Institutions having a deep impact in the field of education and the economic growth of Brahmavar and beyond. The Cathedral has around 8 educational institutions ranging from Kindergarten to Post Graduate Studies.